If you're doing home refurbishment that involves tearing down walls, you may end up with some electrical wires that you don't need. In particular, this happens in cases where the wires lead to an outlet in the wall. When you get rid of the wall, those wires have no purpose.

Luckily, it's fairly easy to deal with those wires. You just need to cap them. Here are some tips to help you do that safely.

Shut Off the Power

Before doing anything with the wires, turn off the power. You can turn off the power to your entire home, or you can just shut off that particular circuit. Only use the latter option if you are 100 percent sure which circuit you are dealing with.

To be on the safe side, let everyone in the house know that you've shut off that circuit so they don't inadvertently turn it back on. Some people place a piece of tape over the switch to serve as an additional reminder to leave it alone.

Put the Wires Into a Junction Box

Feed the wires into the hole in the top of the junction box. Then, secure the junction box with hardware to the backside of the wall's gypsum board or to a stud. Then, proceed to the next step.

Strip and Cap the Wire

There is a special item just for this purpose called a wire nut. The wire nut is a small plastic cap that looks similar to the cap you place on the valve of a bicycle tyre. Push the wire into that cap, and then, secure it in place using electrical tape.

To get help with this process, contact an electrical contractor. 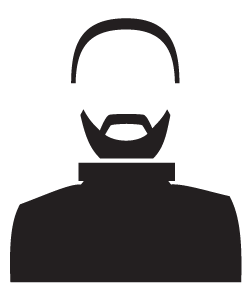 Yo! If you are planning to have extensive work carried out on your home, you will want to make sure that you understand the role that different contractors will play in the project. When I decided to have work carried out on my property, I didn't really understand when I would need the help of different contractors. Thankfully, I was able to ask my brother-in-law for help. He works as a project manager for a large construction company so he knows exactly what he is doing. I am really happy with the work so I decided I would like to start a blog to help others.